There’s been a lot of helpful advice circulating about how to make this a fitter weekend, lower calorie snacks for parties, fitness breaks, that kind of thing.

While I’m all for including the veggie tray, I’ve been trying to imagine turning up at my brother’s annual Super Bowl “meatetarian” pot luck party and replacing all of the food with tofu and sprouts… I think it’s safe to assume that getting told off would be the least of my worries.

I’m going to use my brother, Jay as an example here. Generally speaking we don’t agree on much but he is a pretty smart guy (don’t tell him I said that) who throws really good parties (or that).

In this case, yeah, there’s going to be a lot of snacks and sometimes-foods at a Super Bowl party but beer and a piece of pizza once in a while isn’t going to flush an otherwise healthy lifestyle. If you’re that concerned about it, fill up the rest of your plate from the veggie tray and stay out of the chips.

The other great thing Jay does is the traditional halftime flag football game. Not because it’s great exercise, not because it’ll offset some of those calories but because it’s fun. Fun always trumps forced and frankly, I really don’t think I know anyone who could get into the Super Bowl Exercise Game which is surprisingly similar to the Super Bowl Drinking Game (except that when you find yourself on the floor you’re expected to get back up and then down again, and up again and down again and up again). 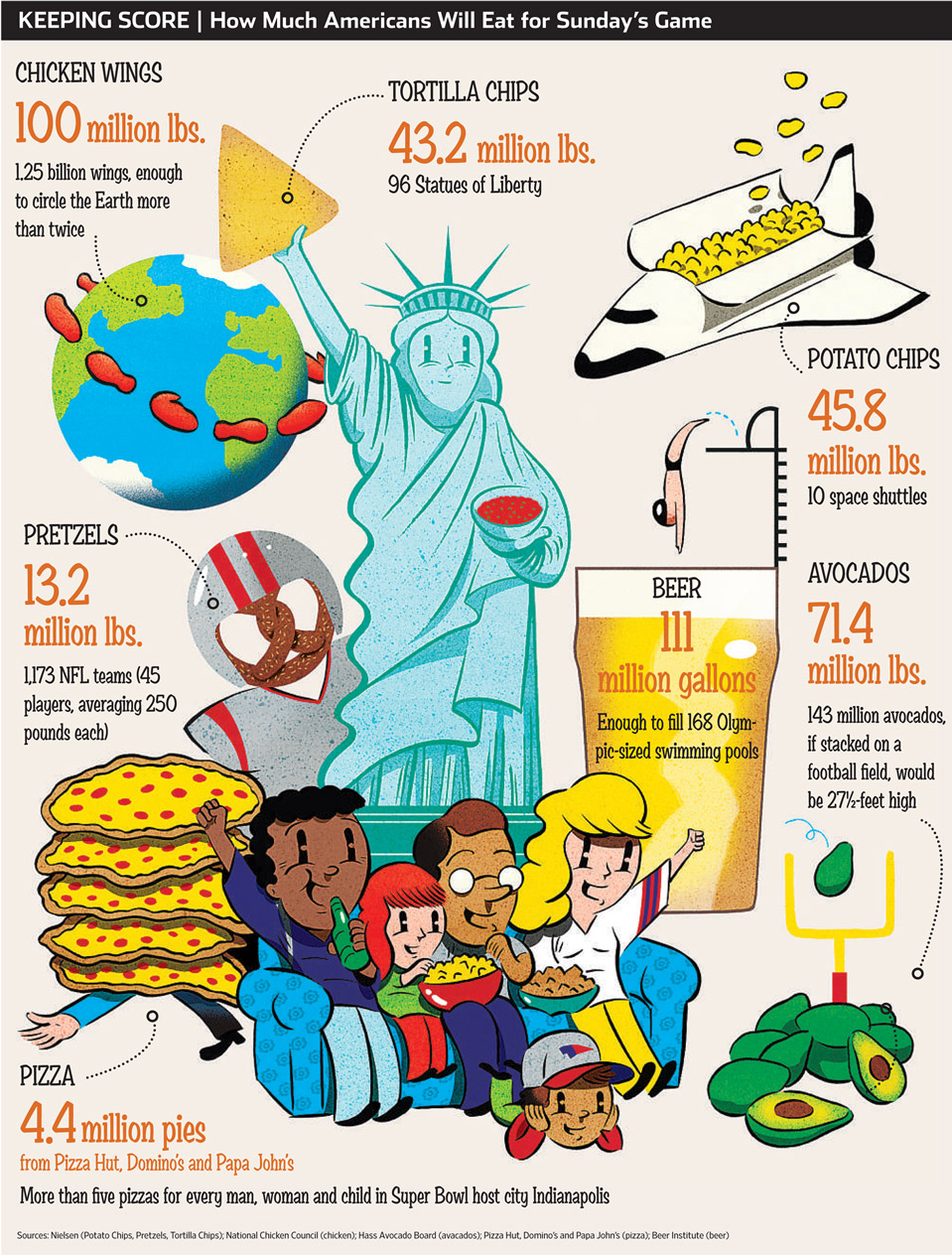