Word On the Street

I’d love to say that I’m returning to some state of routine since the festival this weekend, but truth be told, I haven’t even finished unpacking the car yet (I’m partly tempted to leave my stuff in there till Canzine).

As always, it was a great time and we couldn’t have asked for a nicer day. They grouped more of the comics folks together too so Brian, Adriana and I were in great company, (Galaxion & Dressed For Success) which makes for a good day regardless of how the rest of a show goes.

Adriana really impressed me at this one. She’s in the process of moving to a new home which is stressful enough and would have made me as cranky as a hungry badger but there she was, cheerful and sweet as always (I don’t know how she does it but I suspect there may have been little somethin’-somethin’ in her “tea”). I kid of course, but both Brian and I completely empathise with the joy that is moving, so we did a couple of guest strips for Fall On Me to help ease the load a bit. Mine was posted today, Brian’s will be up on Friday.

I didn’t get much of a chance to get out and take photos. Apparently there was a record number in attendance so we were pretty busy the whole time. Although, I did manage to sneak away to get one of my books signed by Michael Smith (he’s dreamy) so I probably should have taken the camera with me, but Shoulda lives on Didn’t Street so the only photos I have to show are the ones my Mum took. (Thanks Ma.) 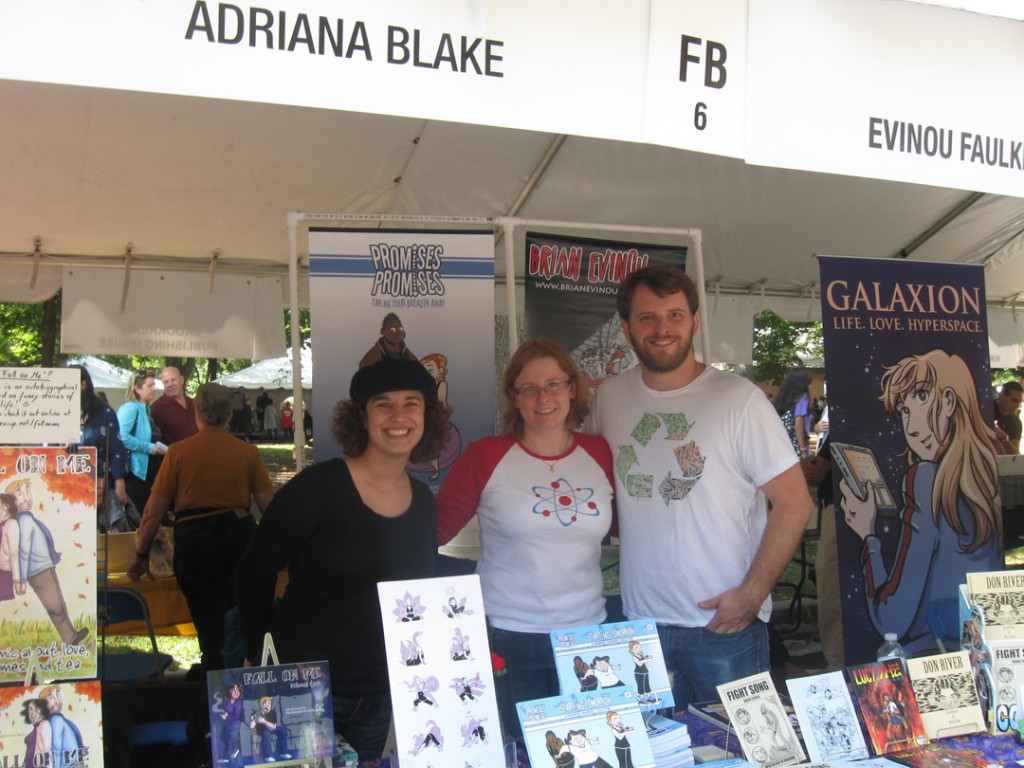 Adriana, Brian and me - Toronto Word On the Street Festival